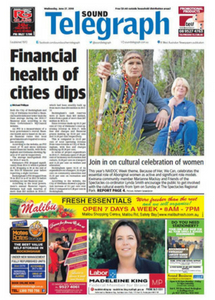 The Sound Telegraph has been delivering breaking local news to the cities of Rockingham and Kwinana for more than 40 years, and now the Sound Telegraph edition celebrates the success of rapidly-expanding southern suburbs and highlights the continued community and economic development in the Mandurah region.